Soils in Indonesia are mostly dominated by soils having poor physico-chemical properties such as low pH, low organic matter, and very low nutrients. Consequently, agricultural production of the land are very low. Recently, application of chemical fertilizers that was mostly without organic matter addition has caused a decline of soil organic matter content. Soil physical properties become increasingly hard due to structural damage and less development of most soil microorganisms. In such conditions, soils become less responsive to fertilization and agricultural production is leveling off. Efforts to overcome the barriers of soil properties have been done to increase production of food crops. Some reports showed that an active material of humic acid increase the agricultural production. The humic acid is extracted from organic materials. The result of this study showed that application of 15 L/ha humic acid with zeolit carrier 10 kg/L humic acid increased the production of paddy by 15% and corn by 7%. The increase of crop production is due to development of roots that can stimulate the absorption of more nutrients. 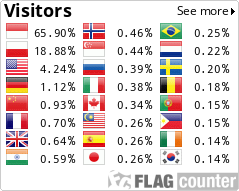 This journal is published under the terms of the Creative Commons Attribution-NonCommercial 4.0 International License.